Have you been a victim of systematic abuse at either Medomsley or Kirklevington Detention Centres? If so, click here and one of our specialist Solicitors will call you back.

Director and Head of our Crown Court department, Sean Grainger, acted for and supported a young woman who killed her father in self defence after he threatened to kill her, and her mother. 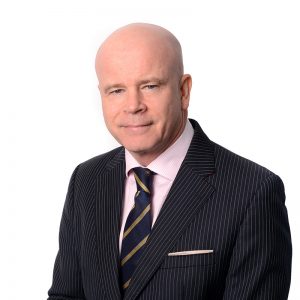 Sean Grainger said in a statement: “The jury accepted she was acting in lawful self-defence of herself and her mother when under a sustained and violent attack by her father.

She now wishes to rebuild her life, get back to work and move on from the seven month ordeal she has endured since her arrest.”

In situations where someone has killed in self defence, they will need a supportive and specialist legal team to guide them through the legal process and be their voice. Watson Woodhouse’s Criminal Defence experts have decades of experience in these matters and are on hand to represent those who require advice in situations of self defence. We always represent our clients’ best interests and are there to support them from arrest to the conclusion of their case and beyond.

For more information on how Watson Woodhouse can help visit: https://www.watsonwoodhouse.co.uk/service/criminal-defence/murder-and-manslaughter/

It has been announced that the Medomsley compensation scheme has been extended which now allows survivors of abuse to claim for compensation, even if their abuser has died or has not been on trial or sentenced. Alistair Smith and the Abuse …

In June 2019, the ‘same roof rule’ was abolished. This rule had been blocking survivors from applying for compensation for abuse they suffered before 1979 if they had been living with their attacker at the time. Since then, there has …

Notices of Possession and Eviction Proceedings in relation to Covid-19

During this difficult and uncertain time, we appreciate tenants will be concerned about the impact of Coronavirus on their ability to stay in their rented property. On 25th March 2020, the government introduced the Coronavirus Act 2020 to provide tenants …

Non-Molestation Injunctions and Occupational Orders in relation to COVID-19

It is essential that the Court continues to meet the needs of those needing protection during the National Public Health Crisis. Non-molestation injunction applications will be heard by Skype or by telephone. At the conclusion of the hearing the Court …