Laura Pidcock described rape and torture as “commonplace” at Medomsley, but many of the victims are not covered by the wider Independent Inquiry into Child Sexual Abuse due to their age, hence the suggestion for a separate investigation to secure justice for them.

Theresa May was surprised at Ms Pidcock’s remarks and has pledged to examine the issue, claiming she took the issue very seriously, saying:

“I will look at the issue – I was surprised at the statement made that the Medomsley Detention Centre cases weren’t able to be covered by that inquiry and I will certainly look at that issue. ”

The investigation into the abuse at Medomsley is thought to be the UK’s largest ever abuse probe, with over 1,800 separate complaints.

Victims of the abuse suffered daily beatings and violent regimes that left them terrified and feeling powerless to complain or fight back.

On 4th April, after a series of trials at Teesside Crown Court, former wardens Onslow, McGee, and Blakely were jailed for a total of 13 years and five months. Another two former wardens were convicted for their parts in the abuse of the teenagers that were held at the same centre.

Medomsley was a detention centre designed for young boys aged 17-21 who’s offences which wouldn’t routinely result in a custodial sentence, where they would usually spend around six to eight weeks.

In this time, they experienced the horror of rape, violence and abuse, and in some cases, wounding with intent, including beating with a football boot because it had not been cleaned well enough.

Civil Litigation solicitor, Alistair Smith, has been leading the fight for justice for the Medomsley Detention Centre Victims. He has been at the forefront of a steering group, bringing solicitors firms and claimants together to pursue Civil claims against the Ministry of Justice.

Alistair Smith is experienced in both present and historical abuse cases and is leading this fight for justice, by heading a group of solicitors and attempting to negotiate settlements of all the claims with the Government. 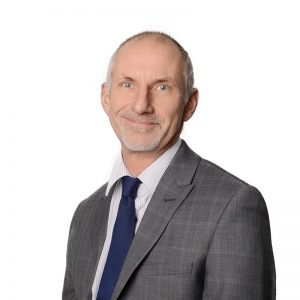 Alistair also had success with the Court of Appeal case of JT -v- First Tier Tribunal in which the ‘same roof rule’ was overturned, allowing JT, and other victims of similar abuse, to now claim for Criminal Injuries Compensation as a result of the abuse they experienced.

He says “abuse, whether it be sexual or physical, is appalling whenever it happens and has awful consequences for its victims.”  We, at Watson Woodhouse Solicitors, cannot take back what has happened but we can try to help you for the future and recover any compensation you may be due.

We understand that this may be a difficult time for you, so we aim to ensure that the process is as smooth and stress-free as possible. All enquiries are confidential and we promise to deal with it sensitively and in the best way possible for you. We have both male and female solicitors on hand to provide assistance, as well as offering ‘No Win, No Fee’ for our clients.

Need our help with MP calls for Medomsley Abuse Public Inquiry? Don't worry fill in
the form and we will be in touch